Financial Anxiety and the Pandemic 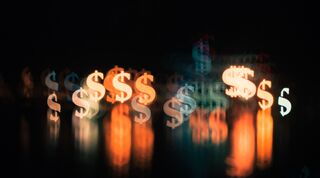 The current pandemic has left millions of people out of work, millions more worried about losing their jobs, and many people experiencing reductions in their pay even as they continue to work. In a recent study in the United States, the United Kingdom, and Israel, financial anxiety was as high as health anxiety among people in these three countries. Certainly for some people there will be significant real issues—loss of a job, loss of income, increasing debt, inability to pay bills. These are real issues and I do not wish to minimize them. But we can also cope better if we put things in perspective, examine the expectations we have, and evaluate our thinking. This won’t put money in your pocket, but it may help you reduce some of your anxiety.

How can we use cognitive behavior therapy to help us cope with the psychological consequences of financial difficulties and economic downturn? Here are seven things to think about and do.

First, we should validate that it’s normal to feel anxious during economic difficulties. We generally become accustomed to a certain standard of living and the idea of not being able to continue at that level feels very threatening and disheartening. So it’s quite normal to have feelings of anxiety, depression, helplessness, and even hopelessness. Although these feelings are often quite general, there are things that we can do to help reduce the psychological impact on us.

Second, think about things you no longer are doing and whether these things seem to be as high a priority as they might have been a year ago. For example, many people are not going to restaurants or traveling or buying new clothes. Recognizing that you don’t really feel so deprived about these things might indicate to you that in the past you may be spending more than you need on things that may not be as important to you.

Fourth, we often compare ourselves to what we had at the highest level of income but also we tend to compare ourselves with people who have as much or more than we have. Think about comparing yourself to people who have less than you do and ask yourself how they cope and how they make their lives meaningful. It may be that we have a lot to learn from people who have less. I know from my own personal experience that my brother and I grew up on welfare and my mother eventually worked but we lived at the poverty level until after I got out of graduate school. But we did not suffer.

Fifth, think about what you can do for free. For example, you can exercise, read, listen to music, love your partner and your children, communicate with friends throughout the world, enjoy nature, learn by going online, meditate, do household chores, and cook food. Many of these things are immediately available to you.

Sixth, keep a budget as to how you are spending your money and think about where you might be able to cut back. Look back at how you spend money before the pandemic to determine how you might save in the future. We get used to spending money out of a habit of spending on things that are not really essential but rather are simply preferences. This might be a good thing to consider even after the pandemic and even after the economy returns to something of a normal level. Think about budgeting so that you spend money wisely rather than simply out of impulse or habit.

Seventh, think about how many years of future employment you are likely to have. For example, if you are 30 years old you might expect to work another 30 to 35 years. This can represent your future earnings and you might think about the economic downturn you face currently as a small detour on the way to an accumulation of income and wealth over the course of a longer life. Often after an economic downturn when people have not been spending money and unemployment is high historical trends suggest that the economy often recovers rather strongly. This is because there is pent-up demand that builds up when people have not been spending money, but now they have money to spend. Thus, it may be plausible that once there are effective vaccines and treatments that can help lead to a reopening of the economy there may be an increase of employment and new opportunities. It may be that the current difficulties are a chapter in a long narrative where future chapters tell a story about recovery.

The reality of financial worries is that this is part of life in an economy where employment, stock markets, and financial support are often unpredictable. But the current uncertainties do not necessarily mean that your life has come to an end and that the bottom has fallen out forever. We have been through many recessions, many downturns, many periods of high unemployment. This is the most recent and likely the most difficult that we have faced. You will need many tools that you can use to cope.

Every Anxiety Warrior Needs To Hear This Today (Thank You)

Today I felt that the best way to approach my listeners was to thank them. Hence, here is what every anxiety warrior needs to hear today… Show notes: Thank you to the other healers that work tirelessly to improve...

Next up, amplify your illuminating skin with a lightweight dewy foundation. This will not only even out your skin tone but also give an extremely natural-looking finish. Advertisement Step 3: Eye-ing the Glow Besides colored eyeliner...