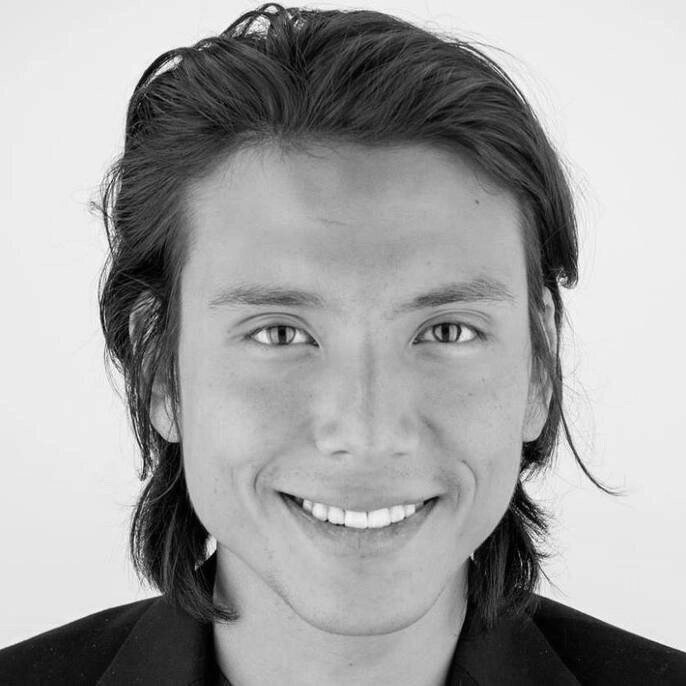 This is an edited transcript of my podcast interview. To hear the edited podcast, subscribe to the Beautiful Voyager podcast wherever you listen to podcasts.

Logan: Let’s start. I’m in Berkeley. My quarantine has been spent with like five roommates. I got this big space I live in like an artist cooperative called Lumen labs. Then my brother flew out from New York.

Meredith: I want to talk a little bit about you. This is the first time we’re doing anything like this is the total experiment—given—but I did write up some things that I want to talk about. The first thing I want to talk about is you, Logan. I’m gonna give a quick background about my experience of Logan which is that we met while working at a crazy startup called Outdoorsy. Now I say crazy startup because they all are. Nothing against outdoorsy specifically. It’s the Airbnb of RVs so it’s a place where you can rent an RV or rent out your RV. I liked Logan immediately (given) but one of the things that it stood out about Logan in particular is he’s a community builder. Tell me about tell me your story in your words Logan.

Logan: Before there was a job more common job function called community manager, and I rejected that job function. I was like in boot camps and reading everything I could about growth marketing and retention and engagement because I wanted to have an impact in the startup I didn’t want to be handling support staff. Although now it’s like oh when we we need people to run campaigns, engage people, like identify the best users and bring in like bring them in for products and testing and all the end now like be frontline support for mental health crisis and like be a communications expert for handling unweaving like unweaving systemic racism that is happening inside of our communities that’s all the function of a community manager now. Make sure we’re getting ROI on our community. Make sure that people are being engaged and the retaining and more people are our people were in our community or having a much better experience than people who don’t join it and all of that. So I’m happy to call myself a community manager now. Outdoorsy was kind of the first place that I legitimized it

Meredith: Even in Outdoorsy you were one foot growth. I feel like you were always like growth.

Logan: I had to get in the door so I told them their email was bad. And we built (actually you built it Meredith) a Facebook group for Outdoorsy. Like a lot of people who work with Facebook groups it’s intended for a specific thing and it’s not intended for you’re not supposed to be able to start a Facebook group and they get all the user data that’s in the Facebook group but we were we did have these users there’s a Facebook group or owners RV owners and so we were going to start this like long-term relationship with them we need to build a lot of trust with them to get them to hand over the keys to somebody else because we told them that was a requires a lot of a lot of trust and a sense of security if you’re an RV owner you know anybody you’ll know that like these are like babies these are like precious this is like like for someone to be like baby RV dog. We really had to build a lot of trust and I was sending a lot of feedback to the Facebook team I jumped into I talked my way to one of the community programs for group admins and I was and I was trying to navigate that space and I made friends with other people in the space who were also using Facebook groups so we can kind of share ideas and information and and yeah one of those people (shout out to Susie Nelson she is was a community manager at digital marketer comm then was hired as a community strategist at Facebook and then referred me in I think) cuz we sneakily joined each other’s Facebook groups and learn from each other. So yeah well you’ve always been a community pioneer.

Meredith: I feel like you’re one of the only people who really takes it seriously like even the fact that you were like let’s try to do this podcast Meredith. Let’s see how this goes. I think you should do this one zoom. Let’s record it. You are always pushing for community and I really appreciate that about you.

Logan: I really happy to be here but shout out like if anybody from the community is listening and can follow up in the wonderful Beautiful Voyager Slack group of which I’ve been a community member for a couple years. Now we can do some questions follow up with the QA and and maybe have like some some peer-to-peer conversation with the other wonderful lighthouse.

Meredith: When did you first find beautiful Voyager? Did you think of yourself as a lighthouse for others at that point ?

Logan: I first found beautiful voyager because I was very interested in what Meredith was doing — what you were doing post Outdoorsy. You were already starting to build Beautiful Voyager while you were there. I remember being like “Meredith you’re just like such a unicorn and you gotta find the perfect spot” and so I was thinking of spots for you. I joined your community and was introducing you to people and and programs and opportunities. I realized you have to take your time. I joined it and I got a lot of value out of it even there even though I’m in terms of my habits and maybe more lurker I love it though I mean I love that you get something out of it just from lurking yeah. it’s helpful to know that there’s something out there that’s helpful it’s always there I think one of the biggest strengths of the community is it’s always there like if something is going I find some people are quiet for years and then all of a sudden they’ll have a question. This podcast may be a place where when someone comes on they have something they really wanted to talk about that they haven’t been able to figure out where to talk about it otherwise. We can we can take a topic and run with it. When this first happened I was in my job at Facebook. I work with programs or community leaders so I’m managing these Facebook groups for communicators a lot of the way that they learn as anybody can. Community leaders learn from each other. Like you’ll see how somebody models behavior how they respond to something and that you’ll sort of experiment with and try that voice so it’s really important to bring these simulators together really important to model behavior one of the early things that we sort of recognized with the social distancing in place was that there’d be incredible effects on people’s mental health. That were sort of unseen it was like seeing it as like a second epidemic that was coming was the epidemic of loneliness and epidemic of people running out of not having as much access to the mental health services. I work at Facebook I’m also one of the first ones to say that there are negative effects of just scrolling and reading Facebook or any kind of media any kind of newsfeed scroll for like more than thirty minutes is going to affect you and I’m also very tired at the end of the like a day of zoom meeting.

We’re in a double-double social upheaval of of our norms the second one being this social unrest that came about of the like the murders of members of the black community that and right now I’m I’m looking at into a lot of communities and I’m just seeing that a lot of people are feeling unsafe on both ends. How do we have conversations without safety? How do we get more comfortable being uncomfortable so we can start having these conversations?

Meredith: Those are each such meaty areas. At Facebook have are you connected to other people talking about mental health on the inside? I know you’re a voice of that but is it very grassroots how people like find each other? I say this working at a tech company myself where it’s grassroots. You know those of us building community internally. I’m just curious if that’s similar.

Logan: It’s not that revolutionary to talk about mental health inside Facebook. People are pretty aware. I I think of Facebook is like a pretty conscientious org. Like they keep hammering in that you’ll bring your whole self to work. There’s a lot of trainings in place about and a lot of opportunities available to find the common kind of conversations that you’re looking. Which is surprising because Facebook is huge. There are like very smart people who realize that our job is focused on leading teams, building teams around loneliness and mental health, and depolarization at Facebook.