How Your Thinking Is Biased Toward the Negative 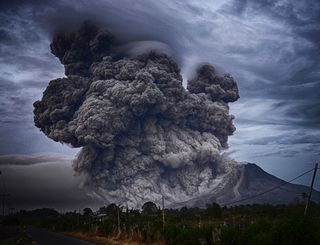 Every week we can read in the news that something terrible has happened somewhere. It might be a flood, a shooting, an airplane crashing, or an accident in which a number of people have been killed.

Social media picks it up and within an hour over a million people are looking at pictures and seeing videos of disasters somewhere. And then we find ourselves feeling anxious—you might be afraid of traveling, going to Walmart, or swimming off the Florida coast. We hear about a dangerous event and we then conclude that we are in danger.

But we never see the following in the news headlines: Everything is almost exactly the same as yesterday!

We are biased to look for something that is changing—something “new”—and something dangerous. After all, our ancestors who survived were tuned into danger because the risk of predators or other dangerous humans would help them survive. But simply noting that “Nothing New is Happening” would not protect you. It might make you feel calm, your heart rate might decrease, but none of that would help you survive. So, we are programmed to look for danger. And if you have access to social media and the news, you will find it. Every day.

The Four Sure Ways to Prove That Things Are Bad

Each of us has a core belief about danger and threat. Some people are biased to focus on—and remember—information related to physical danger. Others focus on interpersonal rejection, others on health issues, and others on financial threats. You might find yourself biased toward more than one set of threats. Which are most important for you? Let’s call this biased lens through which you see things your “Schema”—which is simply a concept that you have. It’s like putting on dark sunglasses and concluding that it is the middle of the night: You experience and see what your lens allows in.

Now that you know what your schema is we can see that there are four processes that keep reinforcing your negative view of things.

The number of deaths for leading causes:

If we used the base rates—the most likely cause of death—we can see that illnesses that largely affect older people, such as heart disease, cancer, respiratory illness, stroke and Alzheimer’s, are the major causes. Accidents are also a major cause. But mass shootings are never in the top listing.

Let’s say you have a headache and you then think this could be a brain tumor. It could be. But if we used the base rate—what percentage of people have headaches who don’t have brain tumors—we would realize that headaches almost never predict brain tumors. The same goes for air travel: The base rates indicate that you are more likely to die driving to the airport than flying to Chicago.

4. Focusing on What is Recent and Salient. When we evaluate risk or danger we usually put greater emphasis on the most recent and dramatic information. For example, a plane crashing or a mass shooting somewhere may be in the news recently. Or perhaps you have heard of a friend who has been diagnosed with cancer. This recent and dramatic news affects our perception of threat and danger. (As I indicated above, we don’t seem to register “Nothing Happened.”) Now that we have the recent information of danger, we conclude that we are at higher risk. But is this logical? If we want to know what is the risk of something happening, we need to return to the Base Rates, do a more extensive search for information, and specifically look at the information that disagrees with the perception of danger. We need to doubt our thoughts.

Cervical cancer occurs in the cervix (the entrance to the uterus from the vagina) of a woman. Almost all cervical cancer cases (99%) are caused by infection with high-risk human papillomavirus (HPV), a virus spread through sexual...

Horror and Anguish are Playing out on Reeeat

Yet another community is stricken with grief in the wake of the horrific shooting at Monterey Park, California, on Jan. 21, 2023, that left 11 people dead and 9 more wounded. Families and friends of the victims, as well...