Have We Lost Perspective? | Psychology Today 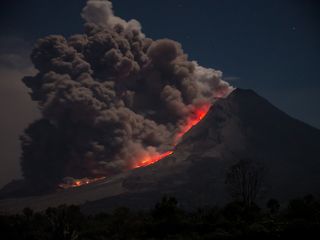 We seem to live in a world where the news is telling us daily that the sky will fall, the world will end, and that there is a catastrophe every second. I just googled “awful” and got “about 125,000,000 results”. Hmm.

Are things really that bad? We keep seeing news about accidents, volcanoes, fires, suicides, contaminated food, “imminent war in Europe”, the collapse of the economy, everyone is traumatized by something. How bad are things?

Let’s look at the data and see if things are really becoming awful, if the world is falling apart. For those of you who share my love of numbers, there is a wonderful website out of Oxford University called “Our World in Data”. If you click on their webpage you may be surprised that people are living longer than they ever have. Here is a quote: “Since 1900 the global average life expectancy has more than doubled and is now approaching 70 years. No country in the world has a lower life expectancy than the countries with the highest life expectancy in 1800.” Since 1961 calorie intake has increased worldwide in every region, with North America consuming more calories per capita than any other region. The greatest gains have been in the poorest countries. Our first world problem is obesity and metabolic syndrome. In the last 200 years illiteracy has decreased from about 85 percent to 15 percent. 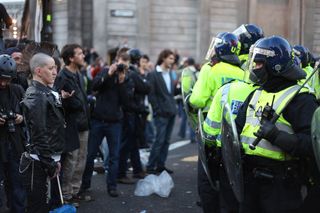 The world is a less violent place, there are fewer people dying from all of the effects of war, fewer people proportionally dying from violence of any kind. Access to clean water is dramatically higher worldwide than it was just 40 years ago. You name it, almost everything has improved. In the United States, violent crimes have decreased as have almost all other crimes over the last 60 years—in fact, we may be at the lowest level of crime as reported by victims. If you lived in the “wild west” of our cowboy infatuation in the 19th century you were far more likely to die from gun violence than from the effects of hypertension or diabetes. You just were not likely to live long enough to get the diseases that come from age and overeating.

We could go on with evidence of progress over the last 50 years, 500 years or 2000 years. Why do we often sound so pessimistic, why the yearning for a nostalgic America where Ozzie and Harriet and Walt Disney made you feel so happy, so safe? What is the big attraction for a world that actually never truly existed?

There are number of reasons why many of us may hold onto the belief the world is falling apart. First, the old adage—“If it doesn’t bleed, it doesn’t lead”—is how the news seems to pitch the news. If there is a plane crash somewhere off the Malaysian coast, then that is in the news and now a lot of people fear flying on Delta from New York to Chicago. Second, images that are violent are much more memorable. We recall violence, mayhem and disaster because they are dramatic. It’s hard to get those images out of our minds. Ask yourself how long you will recall an image of a Hostas Plant? Five minutes? Third, we are primed to think of the world as chaotic, dangerous and filled with imminent doom. That is the narrative of the news. It makes no difference if you are Left, Right or Middle in your politics. It is often dramatic news, melodramatic images, and repeated exposure to “All the Bad News All the Time”. The talking heads on TV have been arguing since Cable News grabbed the headlines. They make their money out of making things dramatic and conflicted. No one is going to get a Pulitzer for describing how people got to work safely, their families went to college, and they paid their bills on time. 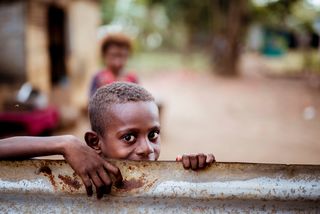 This is not to say that we shouldn’t be doing more to feed, protect, and educate people everywhere. There are still gross inequalities, still awful things happening. Every life counts, every injustice is ours to address. Just because things have gotten better doesn’t mean they can’t even better. That is what has driven progress for the past 500 years. But nostalgia and catastrophizing the world isn’t going to make things better. It will only make us more anxious.

Nostalgia is an escape from something that has become better, safer, and more controllable.

But we don’t see it.

Every Anxiety Warrior Needs To Hear This Today (Thank You)

Today I felt that the best way to approach my listeners was to thank them. Hence, here is what every anxiety warrior needs to hear today… Show notes: Thank you to the other healers that work tirelessly to improve...

Next up, amplify your illuminating skin with a lightweight dewy foundation. This will not only even out your skin tone but also give an extremely natural-looking finish. Advertisement Step 3: Eye-ing the Glow Besides colored eyeliner...