We often talk about chronic illness in the adult and senior populations. However, according to the Centers for Disease Control (CDC), 40 percent of school-aged children in the U.S. suffer from chronic illnesses such as asthma, diabetes, obesity, and other physical and learning problems.1

Early in life, we develop a sense of self that we know is distinct from others. This mental map of yourself includes sensing where you are in space (also called proprioception), your internal feelings (called interoception), and your perception of what you look like compared to others. Throughout your life, this map continues to develop and update; however, there are periods in life where this process is heightened, particularly during your teenage years and young adulthood.

Teens and young adults are acutely aware of the changes that are happening to their bodies caused by hormones, growth, and fertility. Biological changes may motivate them to engage in social behaviors that can lead to “objectification.” Physical intimacy and social media are two major stakeholders in shaping how today’s teens perceive themselves, both mentally and physically.

But what happens to your image and self-awareness when you grow up with a chronic illness during these formative years?

Studies find that chronic illness in children and youth correlates with a negative body image.2 While this is perhaps not surprising, it is a critical factor in their long-lasting mental health.

Negative body images and body dysmorphia are precursors for mental illness, including eating disorders and depression. Research finds that people with chronic illnesses are more likely to suffer from mental illnesses, emphasizing the entanglement of physical and mental health.

The negative body image and self-perception caused by chronic illness can also lead to social isolation. A child learns that their body cannot be trusted and starts shaping their lives to what their body demands, not what they actually want. One interviewee, for example, said: “In high school, I would hide my body with pullovers. I knew my body could not be trusted, and that at any point I would have to deal with it. It was easier to stay away from others” (JB, age 45, lives in Colorado, U.S.).

Sadly, limited studies have addressed how body image develops and is affected by chronic illness, resulting in a lack of knowledge on how to reach a more positive body image. Research does show that with time, people tend to get “used” to their chronic illnesses and “restore” a healthier body image. However, this journey often takes years and is not successful for all.

Chronic Illness and Body Image: “Who Am I—Now and Tomorrow?”

Chronic illness cannot be reduced to merely being ill. It affects your understanding of who you are, what you can do with your life, and how you sense the world.

One interviewee described experiencing the world differently after living with a chronic illness: “The way I think has changed because my body perceives the world differently. The world is made available to me in a different way that is changing not just how I act but how I perceive others and myself” (JE, age 38, lives in Zwolle, Netherlands). Her senses literally changed, which of course changed the way she perceived the world and her role in it.

The experience that chronic illness can lead to an existential crisis resonated with several of the people I interviewed. Your physical abilities may be limited, but your desires are not. How do you reconcile these without despising your body? (Interestingly, some interviewees did not experience this level of identity reflection, underscoring the role of coping strategies—a topic I will dive into in later articles.)

Another aspect of identity that comes with chronic illness is its evolving nature. A chronic illness in childhood rarely looks the same in adulthood. The illness may be modified by changes in hormone levels, new diseases may emerge, and treatments that helped early on may no longer be efficient.

As a result, people are forced to constantly update and attune their body image and self-awareness of what they can and cannot do in life. The evolving nature of the illness can aggravate the sense of existential crisis and hopelessness, which in some cases leads to suicide attempts: “I broke down. I did not know I was going to do it, but I suddenly took a massive overdose of my medicine. It was just too much, I couldn’t deal with it anymore” (KP, age 47, lives in Cornwall, United Kingdom).

A major struggle people experience both as children and adults is the invisibility of their chronic illnesses. (It is, of course, rarely any better if the illness is clearly visible, as that often leads to stigmatization.2)

The invisibility is not just to others but also to oneself. Being diagnosed with Type 1 diabetes at age 15, a person that was formerly doing sports competitively was medically forced to live a completely different life. It led to rebellion and a disregard for trying to understand the new boundaries of what her body could and could not do.

“When I was diagnosed, I rebelled, because my plans were to pursue a career in sports. Before the diagnosis I felt so confident about who I was, but that diagnosis changed everything. I lost myself” (KP, age 47, lives in Cornwall, United Kingdom). These types of rebellions can have serious consequences, leading to aggravated disease (in severity and pace) and reduced self-care which can further fuel a vicious cycle of medical issues and mental illness, such as depression. 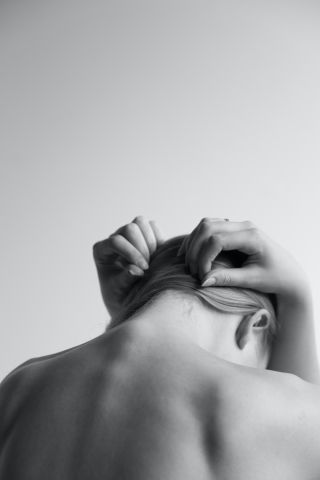 “One of the biggest struggles is that you do not see that I am ill” (JE, age 38, lives in Zwolle, Netherlands)

Even if you do not rebel against your chronic illness, others might. Family and friends may not “believe” your disease because you do not look or act differently. They may not understand that you have physical or mental constraints, which will inadvertently impact the way you interact.

One interviewee described how this lack of understanding led to resentment from her friends and family: “They cannot see my illness and I can see how that causes confusion and frustration in them. Even my family appears to not believe me” (JE, age 38, lives in Zwolle, Netherlands). Thankfully, she is able to understand that this is a “them” and not a “her” issue but not everyone has that level of resilience.

Another described how “men reject me romantically, because of my illness. It has made me very insecure about myself” (KP, age 47, lives in Cornwall, United Kingdom). Being resented and rejected can turn into self-hatred, which can turn into a lack of self-care, negative body image, body dysmorphia, and mental illness.

What Can Be Done?

As for now, research is lacking on evidence-based strategies to improve body image for people with chronic illnesses. What we do know from research is that participating in the community significantly improves well being and self-perception. Examples include volunteering and nurturing new and existing social relations. This, of course, has to occur within the limits of what your body can handle.

The lesson here is not that other people are necessary to make you feel better about yourself, but that it can help change how you think of yourself. One interviewee phrased it beautifully: “I realized that it does not matter what I hear from other people. It’s what happens in our own heads that makes us feel better” (KP, age 47, lives in Cornwall, United Kingdom).

As for the individuals supporting people with chronic illnesses, it was clear from my interviews that support from friends and family was essential in their past and ongoing lives. People impact people, for better and for worse.

So let’s try to make it for the better. Supporting people that are sick can be difficult, but living with the disease and its enforced limitations is worse.

— Dissident Voice Bruce Lerro writes on crafting linguistic propaganda by boiling, freezing and muddying language CAN language limit thought? IF A dogmatic belief system can narrow the kind of vocabulary used, can language itself limit the kind of...

DUBAI: Although mental health issues present a significant challenge to productivity, a benchmark survey in Saudi Arabia has revealed yawning gaps between the services that human resources departments claim to provide and what employees believe is actually on offer, with...

The COVID-19 pandemic has brought mental health issues to the fore. But as more people have been willing to acknowledge their struggles, the provision of mental health services has become a major challenge. Dr. Robert Shulman, director of clinical...

Toronto’s future depends on having a safe TTC

If we let the TTC go down the drain, the whole city won’t be far behind.That’s what’s at stake in the crisis around safety in Toronto, and especially on the subways, streetcars and buses of the Toronto Transit Commission....