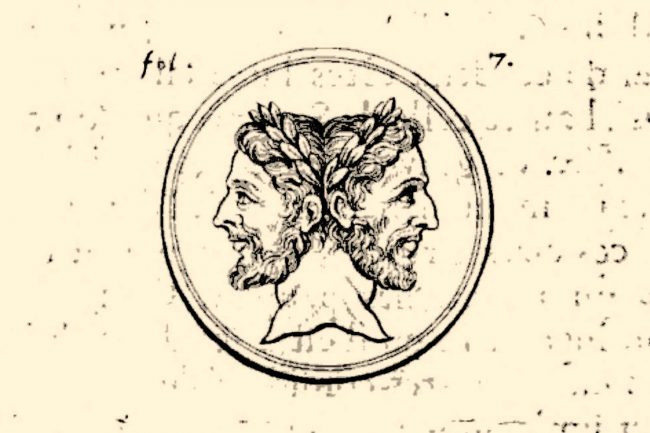 It’s funny — I’ve known since I was 13 that January is named for the god Janus, who has two faces: one looking forward and one backward. But right now it strikes me how appropriate that is.

The period around New Year is a natural time to look back at and see what was good or wasn’t so good. We can also look forward into the coming year and think about what we might do, and what we might change.

Anyway, I want to tell myself that I’m not interested in New Year’s Resolutions. This is mainly because of youthfully naive attempts with them that I forgot within days. But I can’t help but look, Janus-like, at the year that’s just past and the year that’s just beginning.

A Good Year and a Bad Year

Last year was tough in some ways. Three people I had strong connections with, including my sister, died within nine days of each other. I re-injured my back quite badly by straining my left sacroiliac joint. I could barely walk for several days, and was still in pain months later. My elderly parents both got Covid, which was worrying, although they both pulled through. And a big concern was that a lot of Wildmind’s sponsors were forced to cancel their subscriptions for financial reasons. (Most of those were in the UK, where the post-Brexit economy is truly dire.)

It was also a good year in some ways. I had a book (“A Year of Buddha’s Wisdom”) published on my birthday last year. I remained in that ever-shrinking group of people who have managed to avoid Covid. Toward the end of the year I rekindled a habit of walking daily. My meditation practice kept going, through thick and thin. Although the pandemic has reduced my social life almost to zero, I’ve adjusted to that being the case.

I spent the entire year writing on one topic, which I’ve never done before: on January 14th I sent out the first email in a course called “Politics as a Spiritual Practice,” and the last email of the course went out on December 29th. I’ve never before had an opportunity to explore one topic in such depth. In essence I wrote a book, and in fact I hope to find a publisher for it this year.

Sometimes the good and the bad are connected. Yes, I did a lot of writing. But that meant sitting for long periods at a computer, and that wasn’t good for my body, which led to me injuring my back.

Self-compassion is where we respond in a kind, supportive way to our own suffering. We give ourselves the comfort and reassurance we need in order to get through hard times, whether those hard times last for a few moments or for months on end. It’s a powerful practice. I’m pretty good at it. I even wrote a book about it.

Self-care is where we take care of our own needs so that we don’t create as much suffering for ourselves in the first place. Keeping our long-term happiness and well-being in mind, we do what we need to do in order to be healthy and happy. That includes things like eating healthily, getting enough sleep, taking breaks from work, and getting regular exercise and stretching. The first two on that list I’m very good at. The third (taking breaks) I’m not bad at. The fourth (exercising and stretching) I’ve been very bad at.

My back injury was a good reminder of the importance of self-care. I really don’t want to go through that ordeal again, so I’ve been to a physical therapist and learned some stretches and exercises that will give my core more strength and give my body more flexibility. Together, those things should keep my back in reasonable health. And once this chest infection is out of the way I intend to get back to walking daily.

Based on the lessons I’ve learned from booking backward and looking forward, it feels appropriate to have an overall aim for the year, expressed in general terms. I’d describe that aim as “Thriving Though Self-Care.” I want to thrive — healthily, happily. I have an image of myself later this year, full of energy and joy. And I want to get there through practicing self-care.

It also seems that having general aims isn’t enough, so I’m setting myself the specifically goals of walking for a average of 30 minutes a day (at a minimum), and stretching at least once a day for five minutes.

If I miss a day’s walking (sometimes I’m sick, sometimes the weather makes it impossible) I’ll do more walking on other days to keep my average up.

I know from previous experience that accountability helps, so I’m going to check in about this daily in Wildmind’s community website, letting people know how I’m doing.

So I hope that will help me with my practice of self-care.

Two more things in regard to self-care:

First, toward the end of last year I started working a four-day week. I did this because of reading about an international study showing that when businesses switched to a four-day week they actually became more productive. I’ve been doing this for a month now, and I think it’s helping. I’ve noticed that I’m more creative than I’ve been for a while. I’m ending my workweek in a state of joy rather than exhaustion. I feel more relaxed at weekends, too.

Second, I was so focused on finishing the year-long course I was teaching on politics that I did almost nothing in response to losing about a third of my income as supporters withdrew their sponsorships. This caused a fair bit of anxiety, so as part of my practice of self-care I will be working on building up my base of subscribers again. It’s hard to create when you’re worried about whether you can afford to pay rent. In fact, in the long-term I’d like to have someone working with me on Wildmind who is responsible for community growth and community engagement. I’d like to have someone to work with, and I’d rather devote 100 percent of my energy to teaching and not have to think about money.

So that’s what I’m learning, looking back at next year, and that’s how I intend to live 2023 differently, based on those lessons. (One last goal: I want to write in this blog three times a month for the rest of the year, even if the reports are brief. Some of those posts will be follow-ons from this one.)

Anyway, I wish you a very Happy New Year. If you have any thoughts about self-care, or about New Year’s aspirations, resolutions, aims, or goals, why not add them in the comments below?

Come close to the core and the origins of Acem Meditation. One week’s refreshing summer retreat in the Scandinavian landscapes where Acem Meditation originated. An opportunity for exciting encounters and social meetings across borders and cultures, with participants from...

Donald Trump as a Buddha

So this is one of the weirdest things I’ve seen in a while.I stumbled across a story from two years ago about a Trump Buddha statue that was on sale in China. A 5-foot tall ceramic statue of Trump...

What happens in the longer term when we meditate? – The Meditation Blog

Many who learn Acem Meditation are satisfied with the short-term effects that the method provides. They feel that Acem Meditation enables them to relax, get rid of some of the day’s stress, and tap into a little more energy...