Why Has Neuro-scientific Research Ignored Dozens of Enzymes? 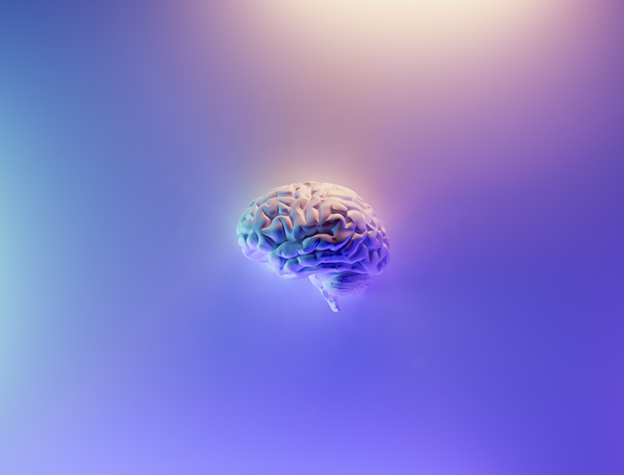 The CDC has found that nearly 1 in 5 Americans will experience a mental illness in a given year, more than 50% will be diagnosed with a psychological disorder in their lifetime, and 1 in 25 Americans live with a serious mental illness. This is a staggering statistic, and while the recognition and treatment of mental illnesses have come a long way in recent years, there is still room for improvement.

A team of researchers led by Dr. Hongying (Hoy) Shen, an award-winning physician and research fellow for the 1907 Foundation, is pioneering a new understanding of mental illness and its causes. Their research aims to uncover and identify dozens of lesser-known chemical enzymes that impact our mental health.

How enzymes may affect mental illness

Recent findings in human genetics have implicated dozens of metabolic enzymes of unknown functions in psychiatric disorders. Enzymes are essential proteins that regulate body processes by speeding up chemical reactions.

“Enzymes are essential to everything from digestion to liver function,” explains Dr. Shen. “Scientists have studied the effects enzymes have had within our body for years but, strangely, have not invested much research into enzymes’ impact on mental health.”

The brain’s metabolism has important effects on cognitive function, so it stands to reason that brain metabolism and mental health could also be interconnected. “Humans are incredibly complex beings, and we have spent thousands of years studying our bodies to explain many inexplicable processes,” Dr. Shen says. “Recent genetic studies have provided clues that dozens of enzymes might be associated with psychiatric disorders. Lesions in these metabolic pathways could potentially affect brain functions that might be underlying various human disorders affecting the brain, including psychiatric disorders and neurodegenerative diseases.”

Currently, much of the study of mental illness is focused on the role of neurotransmitters in the development of psychiatric disorders. But the chemical imbalance theory of mental illness has seen results marred by ineffective treatments, difficult side effects, and a lack of biomolecular markers. In other words, there is likely something more significant at play in the brain that is the root cause behind mental illness.

Dr. Shen and her team have set out to identify the role of a dozen enzymes linked to psychiatric disorders to create knowledge of biochemical mechanisms that cause mental illness. They hope that, in doing so, they will find treatments that will not only allow healthcare professionals to diagnose and treat mental illness earlier in its progression but also address the fundamental cause of mental illness — not just the symptoms.

“Adjusting neurotransmitter levels may provide temporary relief for patients, but this relief is only temporary,” Dr. Shen asserts. “With current treatments, patients may find that they are on a new pill for life or even become addicted to the treatment providing them with those neurotransmitters. By addressing the root cause of these psychological conditions — potentially enzyme functions — patients hopefully will never have to reach a point where they become dependent on ineffective treatments.”

Innovative methods for a novel approach

At this time, however, little is known about these enzymes’ specific role in mental health. In their research, Dr. Shen and her team are using cutting-edge technology like the innovative new genome-editing technology, CRISPR, and liquid chromatography-mass spectrometry-based metabolomics, which allows the profiling of small molecules from any biological source.

As is the case with virtually any novel approach to solving a problem in science, one of the biggest challenges Dr. Shen’s team has faced is finding support and funding. “Most scientific research does not get funded without clear data that supports the hypothesis,” explains Dr. Shen. “But when you work in something as unprecedented and innovative as our area of research, it can be difficult to get that data without prior funding.”

Regardless, Dr. Shen and her team have continued to persevere in their research to improve the mental health research field. Ultimately, their goal is to discover the earliest possible defects in the genome that could create psychiatric disorders. “Finding the genomic cause of mental illness would have the important effect of allowing us to diagnose psychiatric disorders using key biomarkers,” Dr. Shen explains.

Once this root cause is identified, Dr. Shen will be able to pioneer metabolic approaches for the treatment of psychiatric conditions. New early interventions, including dietary and pharmacological methods, could affect the brain’s metabolism profoundly before its performance becomes an issue and the patient’s mental health is affected.

“We’re not planning to simply treat symptoms,” asserts Dr. Shen. “We hope to one day find a way to cure psychological disorders entirely.”

Dr. Shen and her team’s revolutionary research is still in its relatively early stages. Once completed, it could fundamentally change how we think about mental health and psychological disorders.

“The loss of satisfaction and life that ineffective mental health treatments have caused for years must end,” Dr. Shen says. “The only way to change this is to address mental health issues at their root cause.”

Physical exercise is a very effective way to stimulate your mood, relieve stress and strain, and help you feel more relaxed and positive as you grow older. Aim for 35 minutes of activity on most days. Regularly practising a...

Good mental health at work and good management go hand-in-hand and there is strong evidence that workplaces with high level of mental well-being are more productive where addressing wellbeing at work increases productivity by as much as 12% to...

There is a strong connection between the diet we consume and the health we have. Our health & fitness entirely depend on the lifestyle we possess and the food we eat on a daily basis.  In this hectic lifestyle,...

Ontario Premier Doug Ford says the boost in police officers on Toronto transit in the wake of recent violence is a "Band-Aid solution" and is calling for the city to hire more police officers.The premier's comments come a day after police announced...